Nabil Mehdinejad, who has ADHD, dyslexia and dyspraxia, was repeatedly called ‘dodgy’ 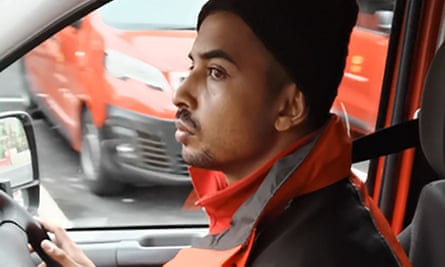 A disabled man has won a £14,000 compensation payout from Royal Mail for disability harassment in what he described as a “toxic work culture”.

The case is the latest of a series of discrimination cases Royal Mail has lost. At a hearing at London Central employment tribunal earlier this month, Nabil Mehdinejad, a delivery driver based at Royal Mail’s Mount Pleasant sorting office in central London who has ADHD, dyslexia and dyspraxia, won his case for disability harassment. A senior manager described him as a “good worker, very good”.

He alleged that a manager, Muhammed Hafeez, approached him and then insulted and intimidated him by making repeated references to him being “dodgy”. As a result, and due to other concerns previously raised, Mehdinejad went on protracted sick leave.

Despite the findings of the independent caseworker, Royal Mail opposed the claim for disability harassment and said it was not aware of Mehdinejad’s disability.

The tribunal upheld the claim for disability harassment and found that Royal Mail had been aware of Mehdinejad’s disability , which was discussed directly with some line managers and adjustments made, since his application to join them and throughout his employment. It found that Hafeez was relying upon rumours for his accusations of Mehdinejad being “dodgy” and that he had a negative perception of Mehdinejad due to his disability.

The tribunal accepted Mehdinejad’s account of events and rejected the speculation by Royal Mail that the comments were intended as a joke, noting that no one had been laughing. It concluded that the line manager in question had “deliberately concocted a false account” and had used Mehdinejad’s disability to try to excuse his behaviour.

Mukhtiar Singh, of Garden Court Chambers, who represented Mehdinejad, said: “Mr Mehdinejad was particularly frustrated by Royal Mail’s denials which, at one stage, extended to denying that he was disabled and then denying knowledge of disability despite his line managers making reasonable adjustments.

“This case shows that an individual can take on a large organisation successfully, but also demonstrates the steps some large organisations will take to defend a discrimination claim. It is also a reminder that even in a single event case, damages can be substantial when discriminatory conduct has such an adverse effect on the worker.”

Mehdinejad said: “Twenty five years after the introduction of the Disability Discrimination Act, employers of this size are still getting it badly wrong. Disabled people do not have to tolerate loss of dignity and unfair harassment at work. The comments made me feel loss of dignity whilst humiliating me in front of my co-workers.

“This was not the first incident. Working at the Mount Pleasant mail centre, the hub as it were, I believed that this behaviour and toxic work culture was tolerated: this is really worrying. I hope that being awarded aggravated damages demonstrates the harassment and bullying is not tolerated by the employment tribunal, even if the company is as large as Royal Mail.”

A Royal Mail spokesperson said: “Royal Mail is committed to a workplace free of discrimination and harassment, where our colleagues feel respected and able to thrive. We set clear guidance on how we expect our people to treat one another and we provide a range of channels for colleagues to escalate any concerns they have.”