Covering Peter Sutcliffe’s crimes, I saw that women weren't listened to – and they still aren't 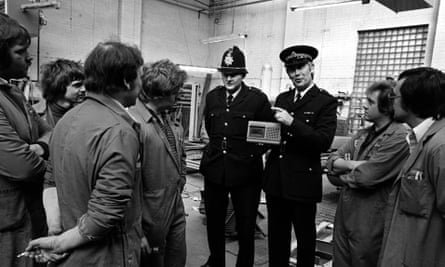 I am so angry, all these years later. When I heard that this insignificant little man had died, more than four decades after he ruined the lives of so many women, the anger and hurt came rushing back. I remember it as though it were yesterday: the fear we lived with in the north of England, the suspicion about neighbours and colleagues, the sense that we couldn’t rely on the police to protect us.

We couldn’t even rely on them to catch him, even though Peter Sutcliffe was hardly anyone’s idea of a criminal mastermind. He spoke to the women he targeted, letting them hear his Yorkshire accent and see his face. Detectives visited him at home on nine occasions but didn’t bother to search his garage, where he kept the weapons he used to kill at least 13 women.

They even knew that the company he worked for had probably distributed the brand new £5 note found in the bag of one of the two Manchester victims. Sutcliffe realised he had left it there, went back to the cemetery where he had left her body, couldn’t find the bag, and tried to behead her in a fit of rage. That’s how horrific this case was – and how poorly investigated.

Some of the survivors produced photofits that matched Sutcliffe perfectly. They knew he wasn’t “Wearside Jack”, the hoaxer with a north-eastern accent who sent police a tape that derailed an already failing investigation. I told them so when I heard it for the first time, at a farcical press conference at Moss Side police station in Manchester.

It was preceded by a stunt in which women who sold sex for a living were invited to listen to the tape, in case they had somehow missed the fact that 10 women had been murdered. When I walked in to the police station moments later, the most senior detective in the room assumed I was with these women – I couldn’t be there for any other reason, could I? You can imagine how much notice he took when I told him there was nothing to suggest the tape was genuine.

From the moment I moved to Manchester in 1978 to work as a journalist on a local radio station, I felt the fear that saturated big cities in the north of the country. Stay at home, the police told us. Don’t go out on your own at night. Did they actually know that women had jobs? Why were they telling us to observe a curfew?

Women responded angrily, organising Reclaim the Night marches, but we had no input into the inquiry. Police and crime correspondents were nearly always men, and they didn’t much care what women thought. I was convinced that the killer’s motive was misogyny, pure and simple, but the police decided differently.

“He has made it clear that he hates prostitutes,” a senior West Yorkshire detective, Jim Hobson, told a press conference in 1979. Staggeringly, it even struck him, and others, as unremarkable. “Many people do … but the Ripper is now killing innocent girls. That indicates your mental state and that you are in urgent need of medical attention.”

The facts told a different story. The first assaults were in residential areas, and Sutcliffe was interrupted. Red-light areas offered him easier targets, until they were flooded with police, and he changed tactics again. Next week marks the 40th anniversary of the murder of his final victim, a student at Leeds University.

It’s still an unbearable tragedy: so many dead women denied years of productive life, and children raised without mothers. So many survivors left with devastating memories. But it was also avoidable, as evidence about the killer’s identity accumulated. It’s often said that, in the days before computers, the inquiry became overloaded. But a much darker picture is contained in Sir Lawrence Byford’s excoriating report, completed in 1982 but kept under wraps for the best part of 25 years. What emerges very powerfully is the failure to listen to survivors. Their insistence that he was a local man was dismissed, the police wasted £1m on publicising an amateurish hoax, and three more women died as a result.

Sutcliffe’s murders opened my eyes to a vein of misogyny that permeated everyday life – and still does. Why is it still so hard to prosecute violent men? Why has the rape prosecution rate fallen to the lowest level since records began? Victim-blaming is widespread, most recently visible in the so-called “rough sex” defence, which some killers have used to avoid a murder conviction.

If I learned anything from covering Sutcliffe’s murders, it is one lesson above all else: “experts” don’t listen to women. We are the authorities on male violence, from rape and domestic abuse to murder, but we aren’t believed. The result, today as it was four decades ago, is predictable – and fatal.

• Joan Smith covered the Yorkshire Ripper murders from 1978 to 1981, and wrote about Peter Sutcliffe in her book Misogynies