Security vetting of ministers would be a dangerous precedent. There are better options 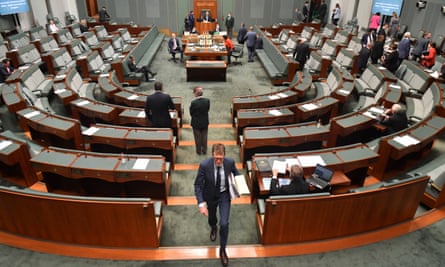 Ministers frequently have access to highly sensitive and confidential information. Other people with access to this kind of classified information – including public servants and ministerial staff – need security clearances. Ministers are exempt.

It could be argued that a minister with something to hide, like an extramarital affair, could be blackmailed to reveal confidential information or take decisions against Australia’s national interest. Thus, they need to be vetted to ensure they are not security risks. Sounds reasonable?

It is nowhere near that simple. Security vetting for ministers would be a dangerous precedent in a democracy, fraught with risks and probably unnecessary. There are better alternatives.

Ministers are not employees – they are elected members of parliament who are appointed to the ministry. In a democracy, voters decide what is in the national interest. Asking unelected security agency officials to determine whether an elected member represents a risk to our interests undermines that principle.

There are also practical difficulties. Ministers are rarely appointed following slow and careful consideration of their suitability for the job. Generally they reach their post after an election, or are suddenly plucked from the backbench to fill a gap when a government loses a minister.

So should security agencies vet all MPs, just in case a member becomes a minister?

At every election the opposition has a chance of becoming the next government. Should opposition shadow ministers have security assessments? The risk is that a hardline government would use this for embarrassing or undermining the opposition. It would not need facts – it could claim the opposition was a security risk any time assessments were slow or late, regardless of the cause. If it becomes a political football the whole security vetting process is undermined.

Then there is the question of what happens if an MP fails a security assessment. While the member’s electorate might not be told officially, word would get out – Parliament House leaks. The security agencies would be accused of interfering in politics. They would be very reluctant to go down that path.

An even more pressing problem is what happens if a minister fails a security clearance. The security agencies would not want to be in the position of censoring elected representatives or preventing them from holding office. The results of the assessment would need to be considered behind the scenes.

The security agencies could approach the prime minister – but that may not work. People who become ministers, even if ineffective in the ministerial role, have political skills. They can count numbers, flatter, cajole, intimidate and influence. Prime ministers also have those skills – it’s how they reached their position – but may not want to dismiss a powerful minister. So an unfavourable assessment would then put the government on a collision course with security agencies. Nobody wins in this scenario, and risks to national security remain unaddressed.

Last year the independent senator Rex Patrick introduced a private Ministers of State (Checks for Security Purposes) bill. Although the explanatory memorandum made a good case that ministerial vulnerability was a gap in our security system, its proposed solution (director general of security and Asio to provide confidential briefings to the prime minister about ministers) suffered from the same practical problems.

In reality, security agencies already monitor ministers by observing people with whom ministers have contact, especially if those people are agents of a foreign power. Ministerial staffers, who control the flow of information in and out of minister’s offices, have clearances. Some government agencies censor material that goes to a minister, through strategies such as anodyne briefings containing no real information, until they are confident a minister can be trusted. Sometimes ministers themselves choose not to see sensitive national security materials to avoid any risk of inadvertently revealing information.

The issue of vetting would not arise at all if Australia had a ministerial code of conduct that was monitored and enforced. Ministers who conduct themselves in line with community expectations and standards are low security risks. An ideal person to do that would be an independent ethics or integrity adviser. Coalition and Labor MPs rejected a proposal last August to legislate a code of conduct for MPs and establish a parliamentary integrity adviser, but one half, the integrity adviser, could be worth reconsidering following recent events.

The conduct alleged in the Four Corners report, to the extent that it is true, may not be a security risk. That’s not to say it would be good behaviour: there is a huge differential in power between a minister and a staffer. In most businesses or public agencies, relationships of this nature would be considered unethical. But bad behaviour is only a security risk if the person concerned is desperate to keep it a secret: here it appeared pretty much an open topic for discussion.

What makes a person vulnerable depends on community attitudes – as we become more tolerant, sexual conduct that once made people vulnerable to blackmail no longer has much force. There are far more potent risks – a minister who takes bribes or is otherwise corrupt, has unaffordable debts to loan sharks, or similar secrets to hide, is a security risk. Security vetting may, but won’t necessarily, pick these up: ministers are cunning and resourceful. An independent anticorruption agency with strong investigative powers and an actively enforced ministerial code of conduct are more likely to be effective security measures.