The ground was getting closer; we were meant to be slowing down, but still we hurtled at full speed 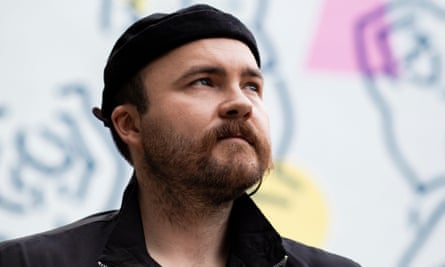 Standing on the edge of the plane’s cabin, looking out at the ground below, my tandem skydiving instructor, Bill, turned to face me. He had a GoPro strapped to him, there to capture every moment for the souvenir DVD. “Do you have any last words?” he asked. “Yes,” I said, joking. “I hope my parachute opens.”

We’d taken off from Lilydale airfield on the edge of Melbourne only 15 minutes earlier. It was 25C, not a cloud in the sky: the conditions for jumping from a plane at 15,000ft could not have been better. I got butterflies as I prepared to throw myself into thin air (it was my first skydive, given to me as a 22nd birthday present in 2013) but I had no regrets. I’d never felt more alive as Bill and I, strapped together, stepped out and started our freefall.

Those first few seconds were euphoric. I felt like a weightless piece of paper: adrenaline pumping through me, the air rushing passed. As we reached 4,000ft, I felt the thrust of a parachute deploying above us. This, I was told, would slow us down for a smooth descent. So why were we still travelling so fast? I looked up: the parachute was flailing unopened in the wind.

I was terrified and started to freak out. The ground was getting closer, but still we hurtled at full speed. We started to shake violently, and then we were spinning. I felt as if I was slipping out of my harness as my shoe came flying off. I could hear Bill swearing as he grabbed above me, desperately trying to fix whatever had gone wrong.

Seconds passed, which felt like for ever, until finally our emergency parachute deployed. Except it got caught in the first one, making both parachutes useless. I asked Bill, “Are we going to die?” He said he didn’t know. I came to my own morbid conclusion.

At that moment, I just felt guilty. I’d brought my family along for the day: my parents, sisters, their partners and children. I’d invited them along to watch me die. I’d be gone, but responsible for their trauma after seeing my 80kmh crash into solid ground. I was powerless and numb, as prepared as I could be for the inevitable.

We hit the ground; I was immediately breathless, and an unimaginable searing pain shot up my spine as we ricocheted into a lake on a golf course. Semi-submerged in water, the canopy of the parachute floated above us. I was weak, but somehow still alive. Gathering all my strength, I turned to face Bill and saw he wasn’t conscious. I squeezed his hand, desperate for him not to have been killed. He came to, and started screaming. I tried to separate us, but from my neck down I could barely move.

I’ve no idea how much time passed before we were found by some passing golfers. Paramedics arrived. My mother and sister – who had run to find us – cried uncontrollably as Bill was put into a helicopter, and I was hoisted into an ambulance.

The next four or five months were intense. I was told I had broken my spine, but was likely to live. After being discharged from hospital, I locked myself in my bedroom with the curtains closed, on morphine and painkillers, consumed by anxiety, depression and PTSD. I became terrified of the outside world.

Experience: my brother spied on me for the Stasi
Read more

After years of therapy and hard work, the deep physical pain and mental trauma is slowly healing. Bill was also badly injured, breaking his pelvis and legs, but I’ve heard he’s made a full recovery and returned to skydiving.

I still get night terrors, when I close my eyes to sleep and suddenly feel myself falling, reliving the ordeal in immersive flashbacks with disconcerting detail. All these years later, the accident hasn’t totally left me, but I feel strong. I turned to my creative passions to aid my healing. My love for videography led me to YouTube, where I document my life in the hope that it inspires others, or at the very least, me.

Before the accident I was always terrified of being myself and doing the things I wanted. Now I’ve learned that I need to be more fearless and not listen to the voices in my head that tell me I’m not good enough. There’s nothing like falling from 15,000ft without a parachute – and surviving – to force you to make the most of every day.

• As told to Michael Segalov.

Do you have an experience to share? Email [email protected].