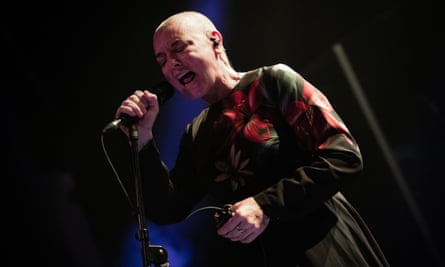 Sinéad O’Connor has postponed her 2021 tour in order to enter a year-long treatment programme for trauma and addiction. Writing on Twitter, O’Connor said that 2020 had been the culmination of six years of suffering. She had this year become addicted to “a drug other than weed”, which she has used for 34 years, after being profoundly affected by the death of “someone beloved”. She also experienced trauma owing to the illness of one of her children, who has since recovered. “The child is thriving now thank god,” she wrote, “but the mom needs TLC.”

Entering a rehabilitation facility and “[taking] this time to heal” would leave her “fit for a lifetime of touring”, she wrote, and would allow her to address historic difficulties from her past. “I grew up with a lot of trauma and abuse. I then went straight into the music business. And never learned really how to make a normal life. Never took proper time to heal. Wasn’t ready to either.”

She described the music industry as “a very unforgiving place for artists who need to postpone due to emotional or mental health issues”, and asked for support from her agents and promoters. “If taking this step means my career is over then so be it,” O’Connor wrote, then cited the American poet Mary Oliver: “I must save the only life I can.”

In 2016, O’Connor was found safe after authorities expressed concern for her health when she disappeared from a Chicago suburb. In 2018, she converted to Islam and changed her name to Shuhada’ Davitt.

O’Connor said she still planned to publish a memoir in June 2021, and said she would return with a new “shit-kicking” album and a rescheduled tour in 2022. Then, she said, she would be able to “explain very clearly” the experiences of the past six years.

With her treatment starting next week, she said, she would remain on Twitter in the meantime to post “mostly about what a total twat Trump is. And how he’s way too stupid not to be clever. They may as well just have Putin openly in charge of America since he’s been running it for four years anyway.”

Last month, O’Connor released a version of the spiritual song Trouble of the World, made famous by Mahalia Jackson, her first release in five years.