No 1 for 15th album Disco continues a run started in 1988, while Shirley Bassey returns to the Top 5, becoming the first woman with Top 40 albums across seven consecutive decades 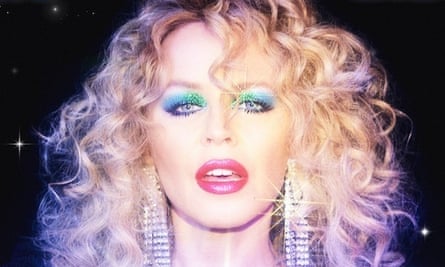 Kylie Minogue has become the first woman to top the album chart in each of five consecutive decades.

Her 15th studio album, Disco, reaches No 1 this week, beating Little Mix’s Confetti in one of the hottest chart battles of 2020. Disco earned the biggest opening week sales of the year, with 55,000 sales units drawn from streaming, downloads, CDs, vinyl and even a cassette release.

Shirley Bassey becomes the first woman to have a Top 40 album in seven consecutive decades – her new album I Owe It All to You reaches No 5 this week. Bassey’s chart history began in 1957 with her take on The Banana Boat Song; her first Top 40 album was The Fabulous Shirley Bassey in 1961. At 83, she becomes one of the oldest artists to score a Top 5 album, though is some way off Vera Lynn’s record – the late singer reached No 3 in 2017, aged 100.

Last week, Cliff Richard, 80, became the first artist to score a UK Top 5 album across eight consecutive decades with his new release, Music … The Air That I Breathe.

In this week’s singles chart, Ariana Grande remains top for a third week with Positions. Internet Money’s Lemonade holds at No 2 and Little Mix’s Sweet Melody climbs to No 3.