Lee Cain fallout: Tory MPs 'unhappy for some time' at No 10 set-up 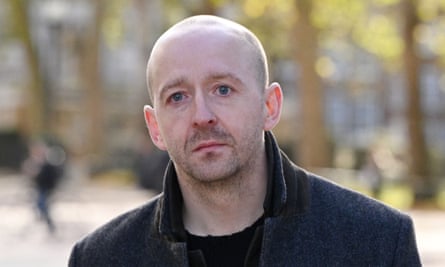 There has been “unhappiness” about Downing Street operations for some time, a leading Tory backbencher has said following the resignation of one of Boris Johnson’s most senior aides.

Lee Cain announced he would step down as director of communications on Wednesday after ministers, advisers and the prime minister’s fiancee, Carrie Symonds, are said to have protested over his planned promotion to chief of staff.

Charles Walker, the vice-chair of the 1922 Committee of backbench Conservatives, said MPs had felt excluded from decision-making processes.

He told BBC Radio 4’s Today programme on Thursday morning: “I think there has been unhappiness about the No 10 operation for some time. Members of parliament have felt excluded from the decision-making process, and that’s no secret.

“The real opportunity here is for the chief of staff position to be filled by someone who has good links with the Conservative party and its representation in the House of Commons.”

Cain’s departure has thrown into doubt the future of one of his close allies, Dominic Cummings, who is Johnson’s most senior adviser. An insider told the Guardian that Cummings could also leave No 10.

Cummings is said to have been furious that Cain, a fellow Vote Leave campaigner who was partly credited with bringing him into Downing Street, had in effect been forced out. There has been speculation about other potential resignations from within Johnson’s inner circle.

The Labour leader, Keir Starmer, described the internal wrangling as “pathetic”. He told LBC on Thursday: “I think millions of people will be waking up this morning scratching their heads, saying, ‘What on earth is going on?’ We’re in the middle of a pandemic, we’re all worried about our health and our families, we’re all worried about our jobs, and this lot are squabbling behind the door of No 10. It’s pathetic. Pull yourselves together, focus on the job in hand.”

The housing secretary, Robert Jenrick, denied there was a rift, saying No 10 was focused on handling the pandemic and its economic repercussions. “The prime minister has a strong team around him and all of us, whether it’s his advisers or the cabinet, are focused on the big task,” he told the Today programme.

He said Cain had been “a highly valued member of the prime minister’s team” and that Johnson had expressed regret at his resignation. “In my experience the prime minister has good relations with his colleagues in parliament,” he said. “What the public are interested in is our focus on the virus and that I can assure you is the sole focus of the government.

“Charles Walker and our colleagues in parliament would agree that the party and the government have a singular national mission, which is to support the public through this challenging period.”

Cain is due to step down next month. The chief of staff post is yet to be filled as part of a wider reorganisation of No 10 in which the former journalist Allegra Stratton will become the face of new daily televised press briefings.

The prime minister’s official spokesman, James Slack, refused to be drawn on questions about the circumstances of Cain’s departure, instead pointing towards the statements issued by Cain and Johnson.

However, Slack confirmed he would move into Cain’s post in the new year, taking up the role as a civil servant rather than a political appointee.

He defended Downing Street’s handling of communications during the pandemic. “We’ve been responding to what’s been an unprecedented global pandemic, which has been a significant challenge for countries all across Europe and throughout the world,” he said. “I think what we’ve worked hard on is promoting clear messages about the need to wash hands, wear face coverings, keep distance from other people. And working with the media … on promotions to make sure the public have access to the information that they need to protect themselves from this virus, and that work continues.”